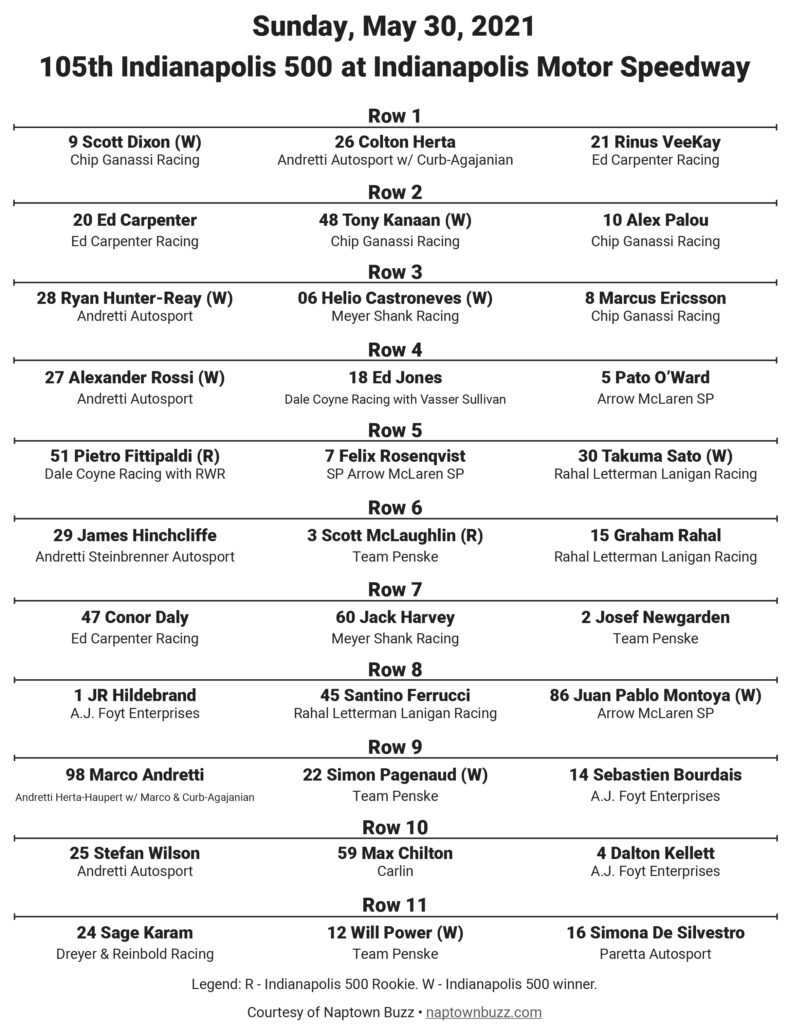 Read this at Naptown Buzz

Periodical cicadas known as Brood X have invaded the New Jersey town that was the site of the Martian landing in the famous sci-fi drama, “The War of the Worlds.”

The noisy, red-eyed insects have been plotting their takeover for 17 years in the soil of Van Nest Park in Grovers Mill.

Excellent! That sure beats murder hornets and actual aliens!

Read this at WBTV

In an apparent effort to not alarm people, or maybe to just deceive them, the “CDC is transitioning to reporting only patients with COVID-19 vaccine breakthrough infection that were hospitalized or died to help maximize the quality of the data collected on cases of greatest clinical and public health importance. That change in reporting will begin on May 14, 2021. In preparation for that transition, the number of reported breakthrough cases will not be updated on May 7, 2021.”

In other words, the number of people who are “fully vaccinated” and still get COVID-19, but are not hospitalized due to COVID-19, and/or do not die from COVID-19, WILL NOT BE COUNTED in their COVID-19 “breakthrough” numbers. Thus we’ll never really know just how effective the vaccines are against COVID-19.

Follow the science, kids. Throw out unwanted data. Let the numbers speak what you want them to speak. 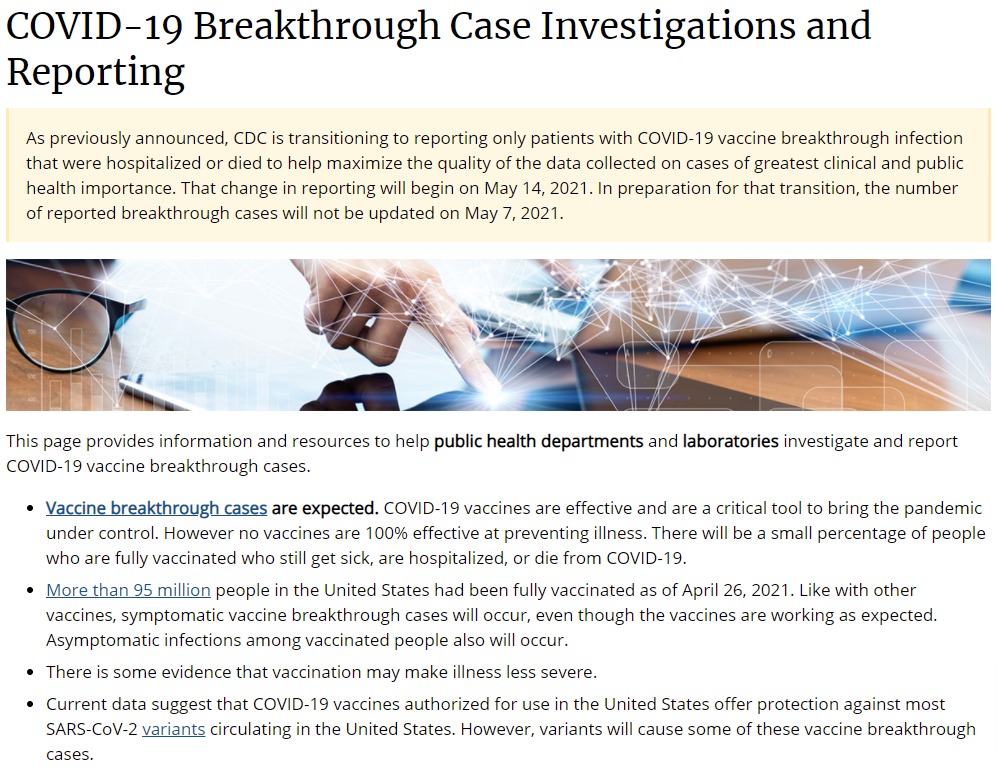 Read this at CDC

HBO’s Bill Maher has tested positive for COVID-19, despite being fully vaccinated, his show announced Thursday.

Read this at The Hill

“The Yankees can today confirm that INF Gleyber Torres has received a positive COVID-19 diagnosis. He was fully vaccinated and previously had COVID-19 during the most recent baseball off-season. Torres has been placed on the COVID-19 injured list, and the Yankees have recalled INF/OF Miguel Andújar (#41) from Triple-A Scranton/Wilkes-Barre.

Torres is the eighth Yankees player, coach, or traveling staff member to test positive this week. All of the positives are breakthrough positives, occurring with individuals who were fully vaccinated.

The other recent Yankees COVID-19 positives are Pitching Coach Matt Blake, Third Base Coach Phil Nevin, First Base Coach Reggie Willits, and four members of the Yankees’ traveling staff. All are currently under quarantine protocol in Tampa.

Major League Baseball, its medical experts, and the New York State Department of Health are currently advising and assisting the Yankees, who continue to undergo additional testing and contact tracing.”

Read this at MLB 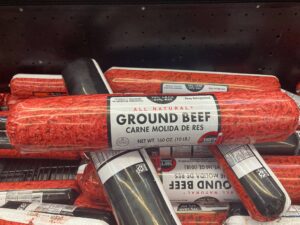 Officers were dispatched to Walmart, the potato chip aisle, for a disturbance between two women.

Upon arrival, officers learned one woman had a protection order out against the other, stemming from an incident(s) from when the two resided in the same duplex in University Heights.

When the two made eye contact with one another, the protected party was confronted by the other woman, who threatened to “beat her ass” as well as her 7-year-old daughter.

The woman pulled down her COVID-19 mask and attempted to spit at her. When she missed, she entered the other woman’s shopping cart and struck her in the face with a 10-pound log of prepackaged meat.

Officers arrested the 25-year-old Cleveland woman and charged her with Assault and Violating a Temporary Protection Order.

When arrested, her 5-year-old child was turned over to another family member.

A criminal history check revealed a history of violent behavior and multiple warrants out for her arrest.

It is unknown as to what initially led to the beef between the two women.