Ed Asner, the burly and prolific character actor who became a star in middle age as the gruff but lovable newsman Lou Grant, first in the hit comedy “The Mary Tyler Moore Show” and later in the drama “Lou Grant,” died Sunday. He was 91.

Read this at Associated Press 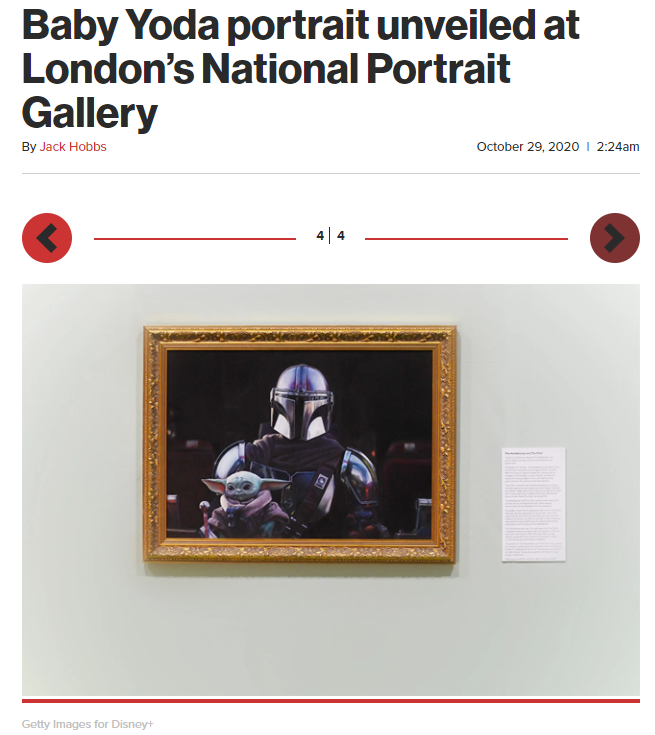 A Baby Yoda portrait will have a new home at one of the UK’s most prestigious art galleries as the second season of the series “The Mandalorian” prepares to stream on Disney Plus.

Titled “The Mandalorian and the Child,” the 3- by 2-foot oil painting features Baby Yoda and his Mandalorian protector, who is played in the show by Pedro Pascal.

This will be the first year that the oldest special, “A Charlie Brown Christmas,” won’t be seen on old-school broadcast TV since its premiere on CBS in 1965 (and the subsequent run on ABC since 2001).

Read this at Fox News